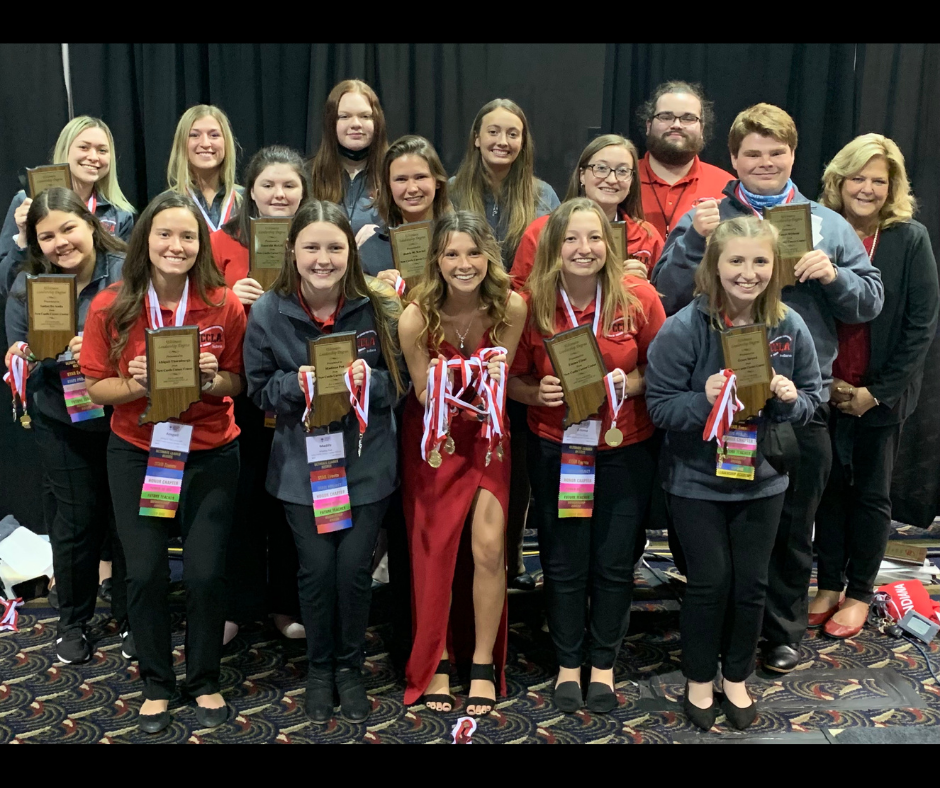 The New Castle Career Center (NCCC) Education Careers program recently competed in the Family Career Community Leaders of America (FCCLA) Leadership Conference. Before the conference, students virtually submitted State and STAR event projects. The FCCLA Leadership Conference was held at the Horizon Center in Muncie, Indiana, and students were recognized for their projects and efforts.

For the first time in ten years, a group of eight students from NCCC competed in the Parliamentary Procedure project. The students worked from November through March to learn how to run a meeting following parliamentary procedure. Those students received a gold medal for their project submission.

A team of officers from NCCC worked together to create an Honor Chapter notebook. The NCCC team was selected as one of the top chapters in the state and received a Gold Honor Chapter plaque.

“With hard work and dedication, the students achieved each goal they set for themselves,” expressed Leesa Meyers, Education Career Program Instructor.

All the students in the Education Careers program set a goal to earn the Ultimate Leadership Degree award. Each student achieved this goal and were awarded plaques at the Leadership Conference. The class also received the Promote and Publicize Award, Volunteer Award, and Meyers was awarded the Master Teacher Award. Some students placed high enough in their events to qualify for FCCLA National Competition in Nashville, Tennessee in July.

For more information regarding the Education Careers program, visit nccareerprogram.org